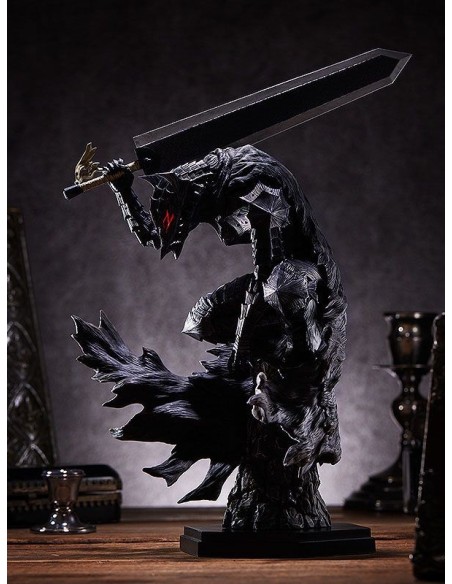 Presenting POP UP PARADE figures now in a larger size! POP UP PARADE is bringing figure fans a brand new sense of excitement with the L line. From the popular manga "Berserk" comes a POP UP PARADE L figure of Guts wearing the Berserker Armor. The figure stands at approximately 280mm in height (including the vignette base). Guts' appearance from the cover illustration of the manga's 28th volume has been impressively captured in figure form.